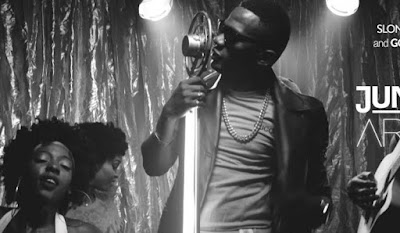 Jumbo is a new act who so far has released 3 singles. His first single, Goodlife released early last year. The second one Oreke was released this year in March and his latest single Ariya has recently been released.
Ariya is about happiness and joy. The song was produced by Mystro and the video was shot by Clarence Peters. Follow on Twitter & Instagram @jumbosings

Posted by RUUD ENTERTAINMENT at 06:40