“Mon rap, Mon korin, Mon Ragga man, Kos i eyi ti mi o kin se, scope of work mi wide gan shiiiit, furo Kim K”
When REMINISCE dropped that line on his track “Government”, where he featured Olamide, he definitely knew what he was talking about. He simply means he is very versatile with his music, and he proved it on this new song titled “FaNTASi”. The joint is straight up for the streets, a fuji song, produced by the monster himself SARZ.
Reminisce dropped the Intro (REMinisce) to his sophomore album “ALAGA IBILE” few weeks ago. This right here is way different from the Intro, “FaNTASi” is a fuji song, and it’s the first official single off his sophomore album.
Government video drops next, watch out!
Se o ti ye yin?

Posted by RUUD ENTERTAINMENT at 03:19 No comments:

ABOUT THE TOP INTERNET RADIO STATION IN NIGERIA - IGROOVE RADIO

We are a privately owned media house with an office set in the heart of the bustling city of Lagos, Nigeria. We provide our audience with a platform for unlimited music and interactive entertainment. We are a one-stop site for all things entertainment.
Music, Fashion, Lifestyle! We have got it all and more. iGroove Radio is the one-stop website for listeners to discover all kinds of music. From disco (for our fast paced listerners), to Jazz, some Funk for your soul and R’n’B to get your groove on… we have got YOU covered.
Feeling nostalgic for those good ol’ days, we’ve got you covered with a vast selection of music from the yester-years to the right-now. Our On-Air Personalities and DJ’s are your very own in-house therapists ready to feed your soul and ears.
Listeners can also win prices from our various competitions and much more.
Posted by RUUD ENTERTAINMENT at 03:11 No comments: 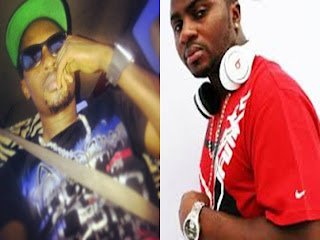 Based on the fact that most people think he is not Nigerian and due to his passion for House Music and production of Funky beats. Here is a Club bang hit produced by WF House Master DJ RUUD Featuring one of Naija's Hot Rapper based in Malaga, Spain (T-WHY). The title of the song is I'M NIGERIAN. Download and share your comment.

Posted by RUUD ENTERTAINMENT at 02:21 No comments:

Durella goes uptempo on this new track, titles this one “Na Your Way”…. Talking to all his queen of the zanga.

Posted by RUUD ENTERTAINMENT at 07:53 No comments:

After the resounding success of the D’tunes produced song “Sho Lee” released February 22nd, 2013; Difference Entertainment super star ‘SEAN TIZZLE’ returns with “MAMA EH” & “INTERNATIONAL BADMAN”.These new singles feature the unique vocal styling of the “Sho Lee” crooner, SEAN TIZZLE.
The former is an upbeat groovy Afro-Pop sound, which can be affiliated to African house music. While the latter is a mid-tempo Reggae sound, with a catchy and infectious hook. Laced on properly arranged beats produced by D’tunes, no doubt these banging joints will be an instant crowd pleaser, cementing SEAN TIZZLES’s status as a certified hit-maker, while dismissing all naysayers and critics of his abundant talent and abilities.
Mama Eh  DOWNLOAD
International Badman   DOWNLOAD
Posted by RUUD ENTERTAINMENT at 04:50 No comments:

Off Jesse Jagz “Thy Nation Come” album here’s Jesse Jagz featuring Star Boy Wizkid Produced by GuiltyBeatZ and Jesse Jagz. Jesse’s album is a must get if you are into good music.Relax,Download and listen to this brand new tune.
Jesse Jagz ft Wizkid – Bad Girl

New Music from Hakym The Dream featuring EME Boss Banky W and this one is titled After De Party. Something different from Hakym this time, not the usual dance tune, this one is a little bit mellow.Relax,Download and listen to this brand new tune.
Hakym – After De Party ft Banky W